Launched in fall 2016, Healthier Neighbors became the fourth Healthier Together community, encompassing Riviera Beach and northern West Palm Beach. Healthier Neighbors’ focus is behavioral health, which is defined by the community as being resilient where neighbors are engaged and empowered and are balanced in mind, body and spirit. While the two communities are distinct municipalities, the initiative aims to seek commonalities as well as unique community cultures in relation to behavioral health. Community Partners of South Florida is the initiative’s fiscal agent. 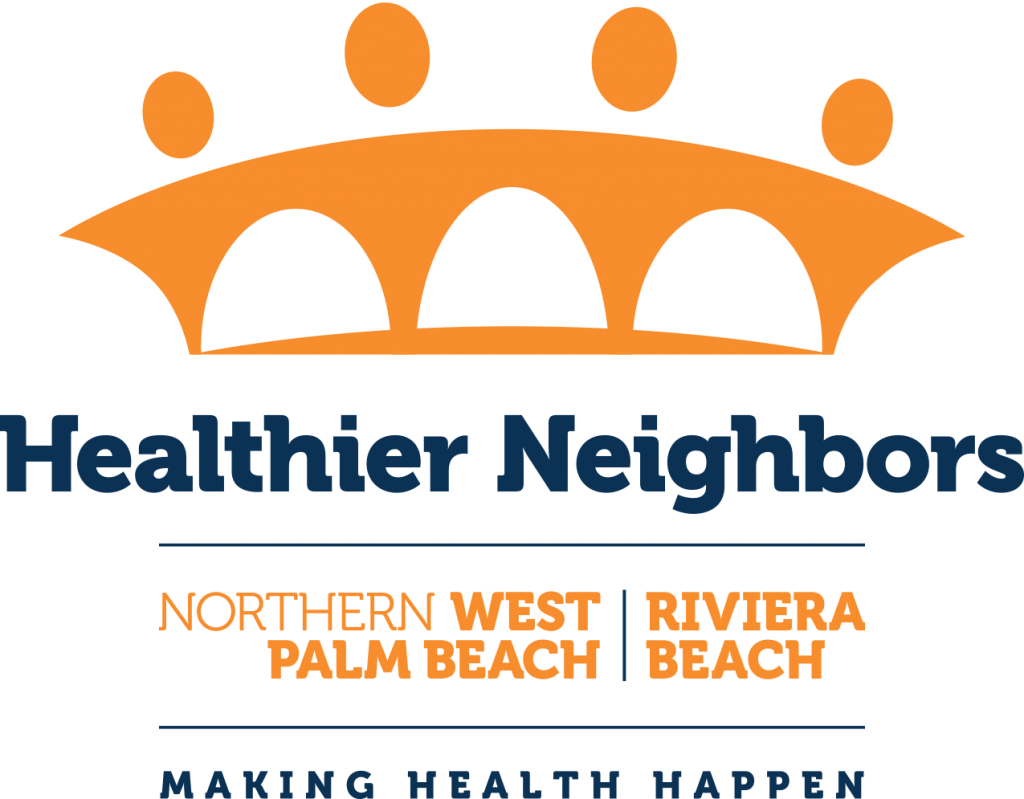 We connect local and natural assets to opportunities and creative strategies to improve behavioral health in the 33401, 33407 and 33404 zip codes.

Our community is resilient and our neighbors are engaged, empowered and balanced in mind, body and spirit.

I have never been involved with an initiative that was so intimate with the people.

Healthier Neighbors is creating pathways where neighbors can participate and thrive in mind, body and spirit, by challenging and overcoming root causes impacting behavioral health, including trauma and violence, in our community.

First Steps
Compared to the other Healthier Together communities, Healthier Neighbors attempted to bridge two of the largest municipalities in Palm Beach County with two distinct city governments, identities and reputations.

Where We Stumbled
Given the size of the initiative’s catchment area, expectations for impact had to be recalibrated. Not wanting to favor one community over another, the project director and steering committee spent time ensuring there was representation from both areas. Their version of network weaving didn’t necessarily equate to spending money. Rather, a lot of their time has been spent demonstrating that the residents are in fact in the driver’s seat of this initiative.

Where We Thrived
Faith based organizations linked the two communities and became an instrumental factor in the initiative’s potential for impact. Churches interested in growing their community presence and living into their missions beyond their four walls became ambassador sites to promote work that supported health and wellness.

Please donate to advance the work of Healthier Neighbors