Healthier Jupiter launched in 2014 as one of the first two Healthier Together communities. Palm Health Foundation was drawn to a cross-sector group that came together to establish a free healthcare clinic called MyClinic as a sign of readiness. What began as a focus on diabetes management and prevention has evolved to healthy eating and active living for residents in greater Jupiter, including unincorporated communities Limestone Creek and Kennedy Estates. Healthier Jupiter works in partnership with Jupiter Medical Center to fulfill its mission. 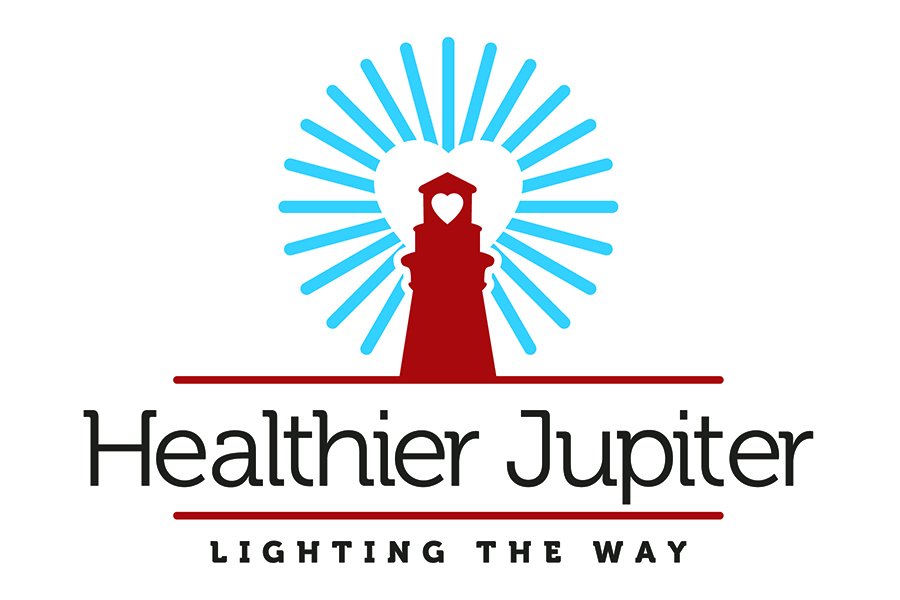 Healthier Jupiter’s mission is dedicated to bringing the greater Jupiter community together to encourage each person to live their healthiest life.

The greater Jupiter community works together, supporting each person to live the healthiest life possible.

Awareness
The Healthier Jupiter initiative provides awareness of chronic disease risk factors to those in the greater Jupiter community. Our goal is to reach all those who are at risk of developing a chronic condition by promoting lifestyles that are conducive to healthier living.

Access
Healthier Jupiter seeks to improve access to wellness education, medical care, services and supplies. Toward that goal, we will systematically identify and remove or reduce barriers to access, starting with increased opportunities for care for those with limited financial resources and insurance.

Inclusivity
It is our goal to be inclusive in every aspect of the Healthier Jupiter initiative and to involve all those who live, work or learn in the greater Jupiter area, regardless of their age, gender, socio-economic status, national origin, race or religion.

The measures weren’t so much moving the needle on diabetes, but having the organizations support each other so that all the social determinants of heath were improved for the most vulnerable in our community.

Zumba in the Park – The feedback we received from families, many of them served by El Sol, a community-based organization serving the diverse Hispanic community, was for a safe place to exercise and bring their children. After an eight-month process, the Town of Jupiter allowed a special permit to offer a free Zumba class in the park and continues to allow the group to use the space. It was a policy win as the town is now allowing an outside group like Healthier Jupiter to contribute to city programming.

Becoming a Neutral Community Convener. Taking the lead as a convener, Healthier Jupiter brought together partners for a Food is Medicine initiative, serving individuals at-risk or living with diabetes. The 17-week “doctor prescribed” green market at MyClinic was offered to the uninsured in collaboration with Living Hungry’s Food is Medicine initiative. The program supplied over 60 families with fresh fruits, vegetables and other healthy choice items to help family members living with diabetes or a pre-diabetic condition.  While clients waited for their free bags of healthy food, they were weighed, had their A1C levels checked, and spoke with nutritionists about their progress.  The success of the program led to Healthier Jupiter taking the lead on coordination of the Food is Medicine Fresh Rx Program at Jupiter Medical Center.

Community Building. Couch to 5K was launched, bringing close to 200 novice exercisers together to not only train for the town’s annual 5K, but build a sense of community among the participants to support one another in their health-related goals. The creation of the “Get Fit Map” was another successful effort to encourage residents to move at their own pace by providing a free resource showing the locations of the city’s parks, beaches, and schools.

Meaningful community collaboration was evident from the start. A group of cross-sector organizational and community partners successfully opened a free clinic overcoming adversity throughout the process. This history attracted Palm Health Foundation to work with Jupiter as one of the first two communities launched in the Healthier Together initiative, but it took time to build consensus and resident trust.

As one of the first two communities, the foundation was learning alongside the Healthier Jupiter steering committee. There were missteps, which challenged the trust between the foundation and members of the initiative. The foundation’s expectations and the community’s perception of realistic scope for the initiative took a couple of years to align. There was an urge to focus on programmatic efforts when Palm Health Foundation should have been strategic. Not deciding early on in the initiative on evaluation and outcomes made it difficult for leaders to explain, and the public to understand, what Healthier Jupiter was trying to do.

Early on, Healthier Jupiter convened a range of stakeholders to participate in the initiative. From the beginning, Healthier Jupiter was positioned as an ally among diverse organizational entities and gained their respect and trust to help them leverage and amplify resources. They listened, heard and reacted when the community spoke. The focus changed to Healthy Eating and Active Living—”HEAL”—when the community did not feel connected to diabetes prevention.  Recognizing the importance of social and emotional factors when promoting HEAL, especially among those just who are embarking on a new program and have a high level of anxiety, became an important part of the initiative’s focus. Empowering residents to advocate for their own health through serving on committees, taking part in Zumba and Couch to 5K, and developing Food as Medicine partnerships were also considered significant wins.

In fall 2016, Healthier Jupiter launched a mini-grant program which offered grants to local community efforts focused on HEAL — healthy eating and active living — in the greater Jupiter area. The mini-grants were a way to mobilize community toward action and empower community members to find solutions. The opportunity afforded community groups  financial support they might not ordinarily have access to. The process was launched with a community gathering which featured a walkability expert who inspired the audience to think creatively about their ideas. From there, future mini-grants processes moved to involving the greater community in the selection process by inviting them to a healthy BBQ where residents voted on which projects were to be funded. Not only did the mini-grant program become an annual commitment of Healthier Jupiter, but the other Healthier Together communities adopted the approach, offering residents an opportunity to try new ideas to improve health in their communities.

Please donate to advance the work of Healthier Jupiter